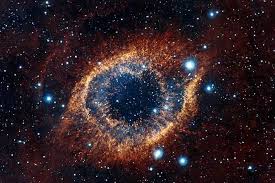 credits:messagetoeagle
Yes, the Universe is expanding – or to be precise, space is stretching –  and has been ever since the moment it was born – which, according to available evidence, is ~13.80 billion years. “Time” as we know it, is not expanding or stretching. Physicists have measured the speed of the universe’s expansion in various ways; for example, looking at distant exploding stars. They have measured how fast they are moving away, swept along with the expansion of space, by seeing how much their light is “redshifted“.  By estimating  their distances,  – using various methods including how bright they appear to be – and with both their speed and distance scientists have calculated how fast the Universe is expanding.
“Planck” was a space observatory operated by the European Space Agency from 2009 to 2013, which mapped the anisotropies of the   cosmic microwave background at microwave and infra-red frequencies, with high sensitivity and small angular resolution The farther away you go, the faster the Universe expands, and what Planck found is that the Universe is getting bigger at a rate of 67.3 kilometers per second per megaparsec. That means that if you look at a galaxy one megaparsec away, it appears to be moving away from you at 67.3 km/sec. A galaxy two megaparsecs away would recede at twice that speed, 134.6 km/sec, and so on. This is known as the Hubble constant.
Various methods have been used to measure it for the past century, and some of the best found it to be about 74.2 km/s/Mega parsec. Planck’s measurement is smaller, so the Universe appears to be expanding a little more slowly than what scientists had thought. Part of the reason the number is smaller from Planck is that it looked at light that was much older, and so arrived from farther away, and they extrapolated forward in time to see how fast the Universe is growing. Other measurements use light from objects that are closer, and so the scientists extrapolated it backwards.

0 Comments on “Is the universe expanding in the Solar System?”