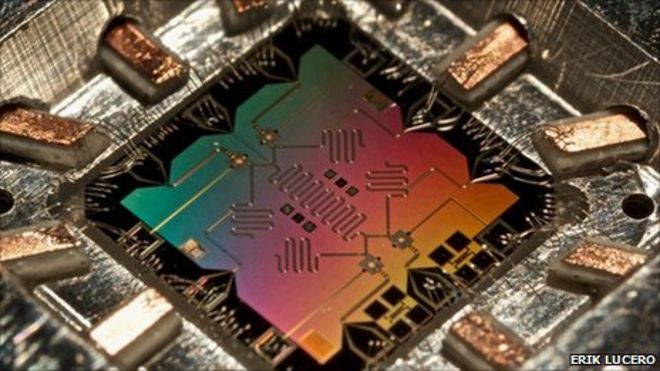 Five physics discoveries with the potential to transform the world have been selected by a leading science magazine for its 25th birthday issue.
Quantum computing and science that could enable shoes to charge a mobile phone are among the list compiled by Physics World.
A potential new tumour treatment called hadron therapy and the “wonder-material” graphene also feature.
The magazine also picked its top five breakthroughs of the last 25 years.
In all, the publication compiled five lists of five to examine different aspects of physics.

Graphene has been one of the most talked-about discoveries in the last decade.
Its strength, flexibility and conductivity make it a potentially ideal material for bendable smartphones and superior prosthetic limbs.

Top 5 discoveries to change the world

But graphene has another, less-heralded property which could help it transform the everyday lives of people around the world.
Despite being just one atom thick, it is impervious to almost all liquids and gases.
Generating holes in sheets of graphene could therefore create a selective membrane – “the ultimate water purifier” – which might someday create drinking water from the sea.
“Predicting the future is a mug’s game. Of course, we expect to get a few of them wrong,” Hamish Johnston, editor of physicsworld.com told BBC News.
“Grandiose, utopian predictions that never materialise always look faintly ridiculous in years to come – have you seen anyone recently flying to work on a nuclear-powered jet-pack?”
Physics World is the monthly magazine of theInstitute of Physics and was first published in October 1988.
Selecting the five most important breakthroughs of its lifetime was “harder than choosing Nobel laureates”, according to reporter Tushna Commissariat.
“There have been so many eye-popping findings that our final choice is, inevitably, open to debate,” she wrote.
“Yet for us, these five discoveries stand out above all others as having done the most to transform our understanding of the world.”
They are, in chronological order:
The magazine’s 25th anniversary issue also highlights five images that have allowed us to “see” a physical phenomenon or effect.
They range from the microscopic – electrons on a copper crystal – to the enormous – the Cat’s Eye Nebula, as photographed by the Hubble Space Telescope.
The list of five “biggest unanswered questions” features some eternal riddles – “is life on Earth unique?” Another is: “what exactly is time?”

The final top five is a set of “fiendish physics-themed puzzles” devised by the British signals intelligence agency GCHQ.
The first has already appeared online – a jumbled set of letters on a page which need to be deciphered before arriving at a physics-themed answer.
A similar puzzle was recently used by GCHQ to attract potential employees.
It will be followed by another four problems, one per week throughout October, which will become progressively more challenging.
“We think the puzzles are going to really stretch even the brightest minds,” says Matin Durrani, editor of Physics World.
“You won’t need any physics to solve them, but they are certainly going to make you think and they’re a fun way to celebrate our 25th anniversary.
“I also hope our top fives in the birthday issue will remind everyone just how vital, enjoyable and interesting physics can be.”
Source: BBC