Science is about studying the natural world in a disciplined way. It allows us to find evidence with the help of experiment and develops new technologies, medicines and much more that makes the human life significantly simpler. On the other hand, Science has basically been divided into 3 types – Chemistry, Physics and Biology. Among all, we are going to explore the different branches of Physics. Yes, Physics – the branch of natural science, that deals with the study of motion, gravitation, space, energy, time and much more. Honestly, learning physics is essential as it is used in regular day to day existence. 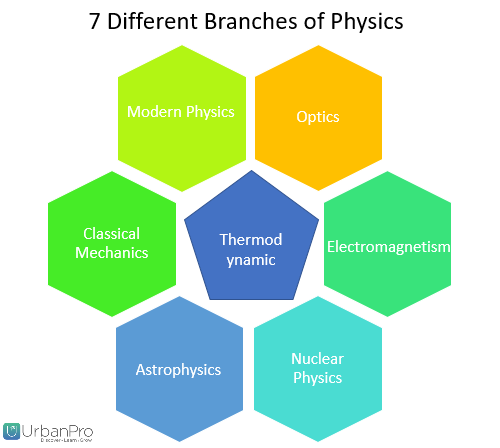 Today, this subject has been divided into various branches. Among all, below are the 7 different branches of physics:
1. Optics
2. Modern Physics
3. Classical Mechanics
4. Nuclear Physics
5. Electromagnetism
6. Astrophysics
7. Thermodynamic.
Optics
The branch of physics deals with the behaviors and the properties of light, Optics usually describes the behaviors of electromagnetic radiations (EMR) like ultraviolet- (UV) is an electromagnetic radiation with a wavelength from 10 nm to 400 nm, infrared light (IR), is an electromagnetic radiation (EMR) with  a wavelengths  extends from 700 nm to 1000000 nm etc. Today, Optics has three major branches. Geometrical optics, it is a physics deals with the study of light as rays. Physical optics is the study of light as waves and the last one, Quantum optics is the study of light as particles.
Modern Physics
Modern physics is a branch of physics focuses on the theory of relativity and quantum mechanics. The pioneer of this physics is the founder of the theory of relativity – the greatest physicist – Albert Einstein and the founder of quantum theory- Max Planck. Remember, quantum mechanics deals with the behavior of smallest particles, whereas the theory of relativity deals with the relationship between electromagnetism and mechanics. 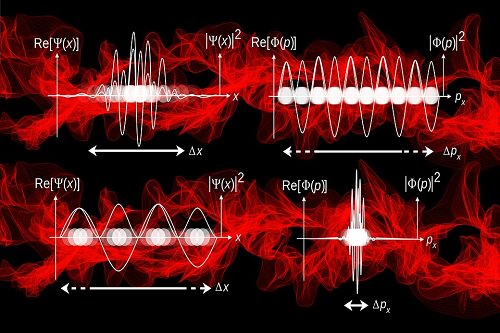 Classical Mechanics
Classical Mechanics is a branch a physics, that deals with the energy, force, gravitation and so on. This branch of physics is named after the most influential scientist of all time, Sir Isaac Newton and his laws of motion. Therefore, this branch is known as the “Newtonian mechanics”. Classical Mechanics studies the motion of macroscopic objects as well as the cosmic entities such as Stars, Galaxies, Planets and also the behaviors of solid, liquid, gas and many more.
Nuclear Physics
Nuclear physics deals with the study of the protons and neutrons (its constituents and interactions) at the center of an atom. Nuclear physics helps reveal atomic weapons, atomic power,  nuclear medicine ion implantation in material engineering designing and a great deal more. However, Atomic Physics, on the other hand, deals with atoms in isolation. 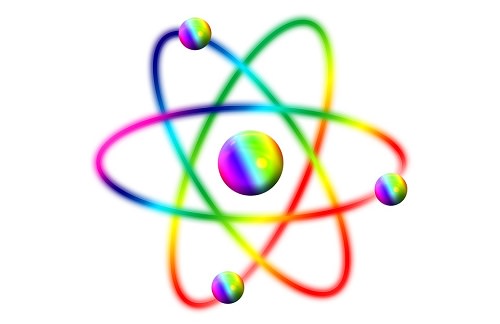 Electromagnetism
Electromagnetism is a study of electromagnetic force (existence of electricity) like light, electric fields, magnetic fields and so on. The two aspect of this physics is “electricity” and “magnetism”. Remember, electricity is the form of energy borne by elementary particles like the electron. Electromagnetism is considered as one of the most powerful physics, in light of the fact that electromagnetic force is encountered in day to day existence. For example Lightning in the sky during a thunderstorm is an electrostatic discharge.
Astrophysics
The branch of natural science, Astrophysics deals with the study of astronomical objects like Stars, Galaxies, Planets, Comets and other celestial bodies. This physics likewise to focus on the laws and theories, interpretation as well as astronomical observations. Astrophysics apply many another discipline of physics such as electromagnetism, thermodynamic, relativity, nuclear physics, quantum mechanics and much more. 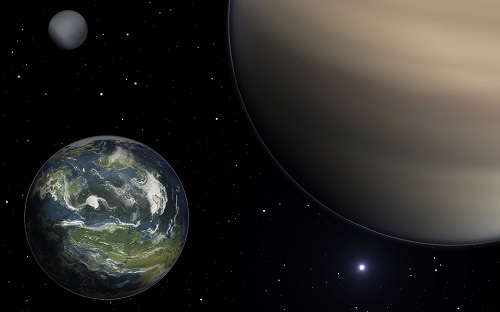 Thermodynamic
The branch of physics, Thermodynamic deals with the study of physical qualities which includes temperature, energy, and entropy. Remember, the laws of thermodynamic control interactions of almost everything in this universe today.