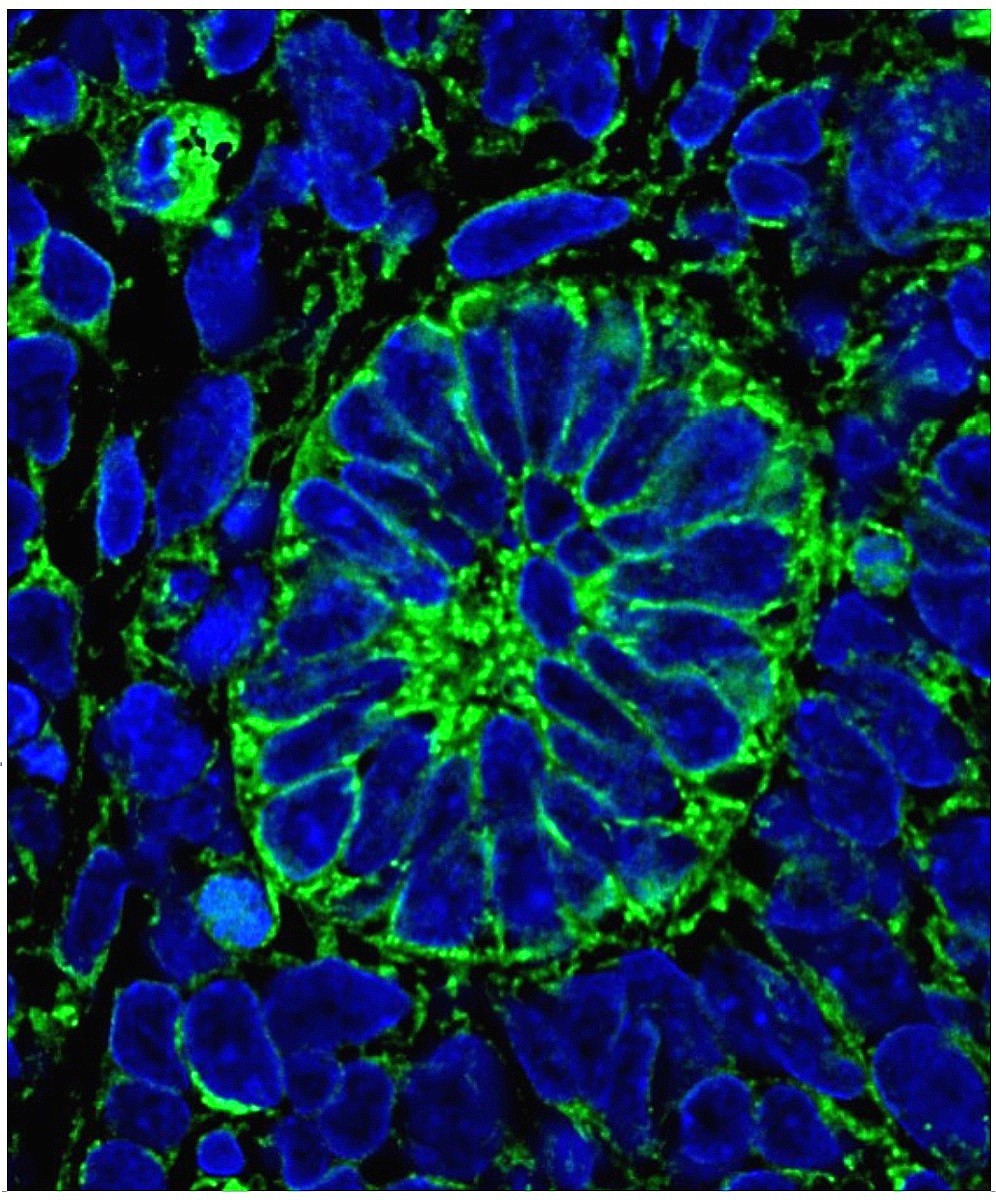 9
February
2018
Scientists have successfully produced human kidney tissue within a living organism which is able to produce urine, a first for medical science.
The study led by Professors Sue Kimber and Adrian Woolf from The University of Manchester, signifies a significant milestone in the development of treatment for kidney disease.
The Medical Research Council and Kidney Research UK funded project is published in the journal Stem Cell Reports.
Kidney glomeruli – constituent microscopic parts of the organ- were generated from human embryonic stem cells grown in plastic laboratory culture dishes containing a nutrient broth known as culture medium, containing molecules to promote kidney development.
They were combined with a gel like substance, which acted as natural connective tissue – and then injected as a tiny clump under the skin of mice.
After three months, an examination of the tissue revealed that nephrons: the microscopic structural and functional units of the kidney – had formed.
The new structures contained most of the constituent parts present in human nephrons – including proximal tubules, distal tubules, Bowman’s capsule and Loop of Henle.
Tiny human blood vessels – known as capillaries- had developed inside the mice which nourished the new kidney structures.
However, the mini-kidneys lack a large artery, and without that the organ’s function will only be a fraction of normal.
So, the researchers are working with surgeons to put in an artery that will bring more blood the new kidney.
To test the functionality of the new structures, the team used Dextran – a fluorescent protein which stains the urine-like substance produced when nephrons filter the blood, called glomerular filtrate.
The Dextran was tracked and detected in the new structures’ tubules, demonstrating that filtrate was indeed being produced and excreted as urine.
“We have proved beyond any doubt these structures function as kidney cells by filtering blood and producing urine – though we can’t yet say what percentage of function exists,” said Professor Kimber.
“What is particularly exciting is that the structures are made of human cells which developed an excellent capillary blood supply, becoming linked to the vasculature of the mouse.
“Though this structure was formed from several hundred glomeruli, and humans have about a million in their kidneys – this is clearly a major advance.
“It constitutes a proof of principle- but much work is yet to be done.”
The University of Manchester’s School of Biological Sciences and Manchester Regenerative Medicine Network (MaRM) as well as Kidneys for life have also supported the work.
“

Professor Sue Kimber
„
Follow me on Twitter(opens in new window)
Professor Woolf, who is also Consultant in Paediatric Nephrology at Royal Manchester Children’s Hospital, Manchester University NHS Foundation Trust, said: “Worldwide, two million people are being treated with dialysis or transplantation for kidney failure, and sadly another two million die each year, unable to access these treatments.
“So we are tremendously excited by this discovery – we feel it is a big research milestone which may one day help patients.
“However, there is much more to learn: Building on our generation of kidney filtration units we must now turn to developing an exit route for the urine and a way to deliver this technology to diseased kidneys.
“The work was also helped by a small grant from the hospital’s local kidney charity called “Kidneys for Life”.
The team are the UK’s only recipient of a three year Stoneygate Research award from Kidney Research UK.
The research will allow them to model kidney diseases using the new structures.
The full paper ‘Generation of Functioning Nephrons by Implanting Human Pluripotent Stem Cell-Derived Kidney Progenitors‘, is published in Stem Cell Reports.
source:manchester